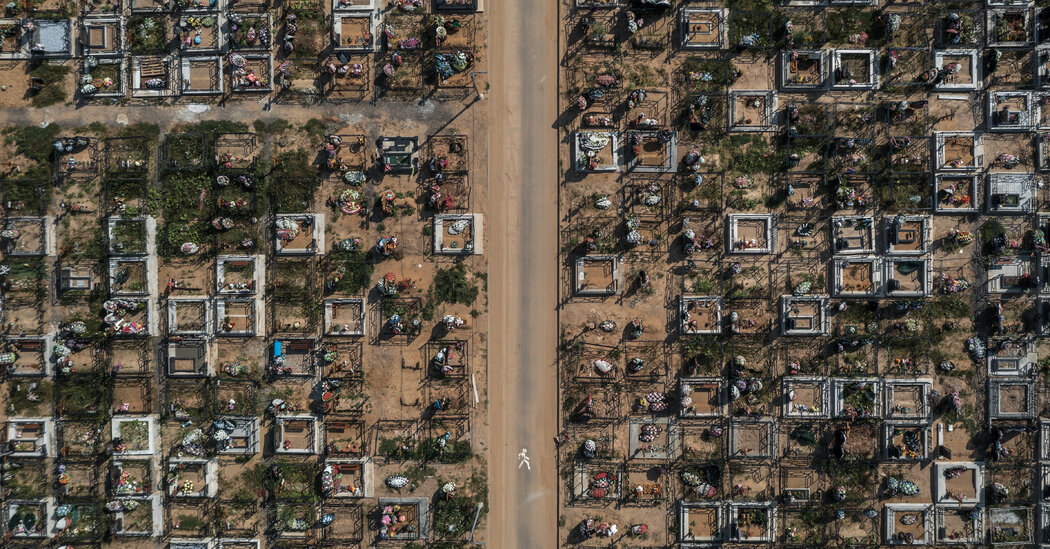 
We’re covering Russia’s stay-at-home week to tamp down cases and the plight of female judges in Afghanistan.

As the Covid death toll and case numbers soar, Russia will shut down for a seven-day non-working period starting on Oct. 30, President Vladimir Putin announced.

The measure is intended to combat the rapid spread of the coronavirus amid low vaccination numbers. The country has been recording more than 1,000 daily Covid deaths for the first time since the pandemic began.

The Kremlin has hesitated to impose widespread restrictions out of fear of disrupting the economy and because of widespread public nonchalance about the pandemic.

“We only have two ways to get through this — get sick or get vaccinated,” Putin said in a news conference. “But it’s better to get vaccinated. Why wait for an illness or its serious consequences?” He added that the non-working period could be extended.

Data: Only 45 million of the country’s 146 million people have been fully vaccinated. Scholars attribute the hesitancy to low levels of trust in the authorities. The Russian-made Sputnik V vaccine has not been approved by the W.H.O.

Here are the latest updates and maps of the pandemic.

Fifteen countries are planning to produce more than twice as much oil, gas and coal through 2030 as would be needed if governments were to limit warming to Paris Accord goals, according to a U.N.-backed report released Tuesday.

The report looked at future mining and drilling plans from major fossil fuel producers, including the U.S., Saudi Arabia, Russia, China and India. It lands in advance of a two-week U.N. climate summit in Glasgow scheduled for Oct. 31.

Overall, the report found, the world’s nations are planning to produce 240 percent more coal, 57 percent more oil and 71 percent more natural gas by 2030 than would be needed to limit warming to 1.5 degrees Celsius.

Data: The International Energy Agency recently looked at what would be needed to reach the Paris goals. The world would essentially have to reach “net zero” emissions by 2050. Under that scenario, nations would not approve new coal mines or new oil and gas fields beyond current commitments.

In other environment news:

Afghanistan’s female judges are in hiding

More than 200 women who became judges before the Taliban’s takeover of Afghanistan are no longer permitted to do their work, and worse, fear retribution for their work delivering justice to women.

Many are under threat and in hiding, according to the International Association of Women Judges. Many more Afghan women lack national IDs and passports than Afghan men.

Several former judges said Taliban officials had recovered their personal information from court records, and some have had their bank accounts frozen. Many say they have received threats.

“We have lost everything — our jobs, our homes, the way we lived,” said Wahida, 28, a former judge.

Background: Before the takeover, more than 270 female judges served in Afghanistan’s corrupt, male-dominated justice system. Special courts with female judges, along with special police units and prosecution offices, were set up to handle cases of violence against women.

In many parts of Turkey, the long-term presence of Syrian refugees has become a bitterly contentious issue. But Kilis, a formerly sleepy border town transformed by the newcomers’ energy, has embraced the change.

Robert Kolker recently wrote about a legal case involving friendship, plagiarism and art for The Times Magazine, which divided social media users. He talked to Times Insider about how he approached the reporting.

In early January, I got an email from a writer in Los Angeles named Dawn Dorland. The email was straightforward: She believed she’d been plagiarized in a short story by another writer named Sonya Larson. Now they were in court.

Over several months, I examined the case for the recent New York Times Magazine article “Who Is the Bad Art Friend?,” which became a major subject of conversation online, with readers taking sides. This was, on one level, a story about a friendship torn asunder. But it was also about how people can take details from real life and weave them into their fiction, and the question of whether artists must adhere to a certain set of ethics.

Then there was the astonishing nature of what was appropriated: Dorland had donated a kidney, and Larson’s short story was about a kidney donation.

“Who Is the Bad Art Friend?” is a Rorschach test. Some readers might land on team Dorland, others on team Larson. But neither I nor any of the editors involved in the piece expected it to turn into Twitter’s favorite parlor game.

I feel that a lot of the debate that continues to swirl across Twitter risks flattening the piece into a tale of good guys and bad guys — which, you might say, kind of proves the story’s point. We all can retreat into our own echo chambers and decide on our own versions of the truth, which can turn any of us into bad art friends.

In their own words: Activists in Glasgow reflect on the summit.