Home News They watch him on TikTok, but will young supporters turn out for... 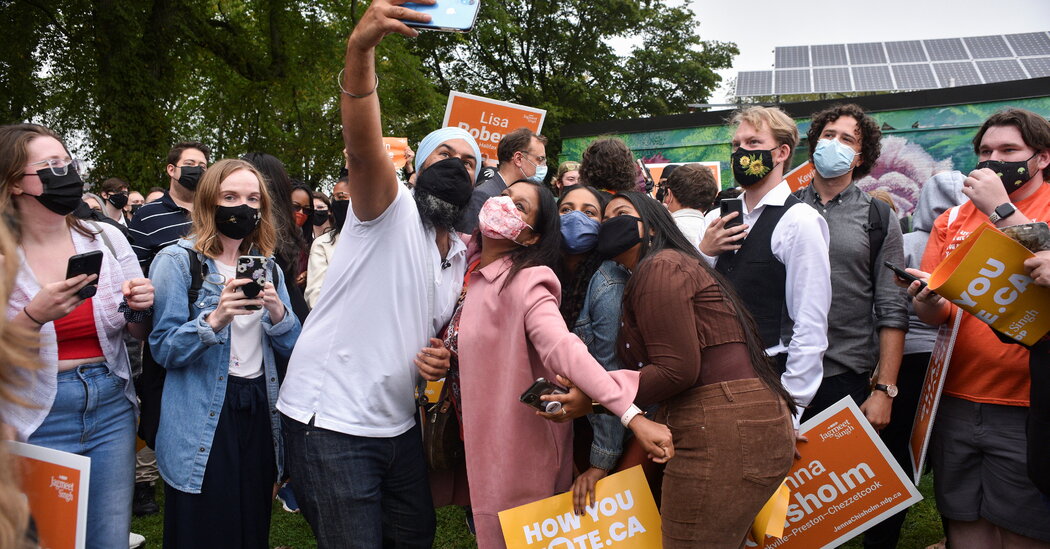 
Ditching a collared dress shirt for a sleeveless hoodie, Jagmeet Singh, the leader of the left-leaning New Democratic Party, sways to the music in a recent TikTok video recreating a viral dance trend, with text overlaid about how youth voters are “going to make history” this election.

But political analysts aren’t convinced TikToks and streams on Twitch — another social media platform he has appeared on — will translate into votes.

Mr. Singh has continued to leverage social media as a campaign strategy as he did in the 2019 election. The party is also emphasizing issues like income distribution and taxing the ultra-wealthy, said Lars Osberg, an economics professor at Dalhousie University in Nova Scotia, a move reminiscent of Canada’s 1972 election. That is when David Lewis of the N.D.P. rose to prominence on the campaign slogan of getting rid of “corporate welfare bums.”

But is all this enough to get young voters, one of the least dependable demographics, to the polls, and to get them to vote for the N.D.P.?

“Young people did turn out back in 2015, because they really wanted to get rid of Stephen Harper,” said Professor Osberg, referring to the former Conservative Party leader. (The current one, Erin O’Toole, has made himself a less polarizing figure by reshaping his party to broaden its appeal.)

But it was Justin Trudeau who captured the youth vote in 2015.

The New Democrats may do well in some areas with large Indigenous populations, whose vote is generally split between that party and Mr. Trudeau’s Liberal Party.

The Liberals have the greatest number of incumbent candidates who are Indigenous, but 28 of the total 50 Indigenous candidates are running with the New Democrats, according to a list compiled by the Assembly of First Nations.

In a campaign where Indigenous issues have largely been sidelined, Mr. Singh has hit on Mr. Trudeau for falling short on his promise to bring clean drinking water to all Indigenous communities. And Indigenous voters may be losing confidence in the Liberals.

“Right now, it’s looking like a lot of people in the community are saying, no, we’re not with you this time,” said Cameron Holmstrom, an Indigenous consultant who has worked with the New Democrats.

Energy crisis is a ‘wake up call’ for Europe to ditch...

How the Nobel Peace Prize Laid Bare the Schism in Russia’s...

An Italian Politician’s Quest for Attention Gets a Boost From Richard...