Home News New Zealand announces a plan to move away from lockdowns. 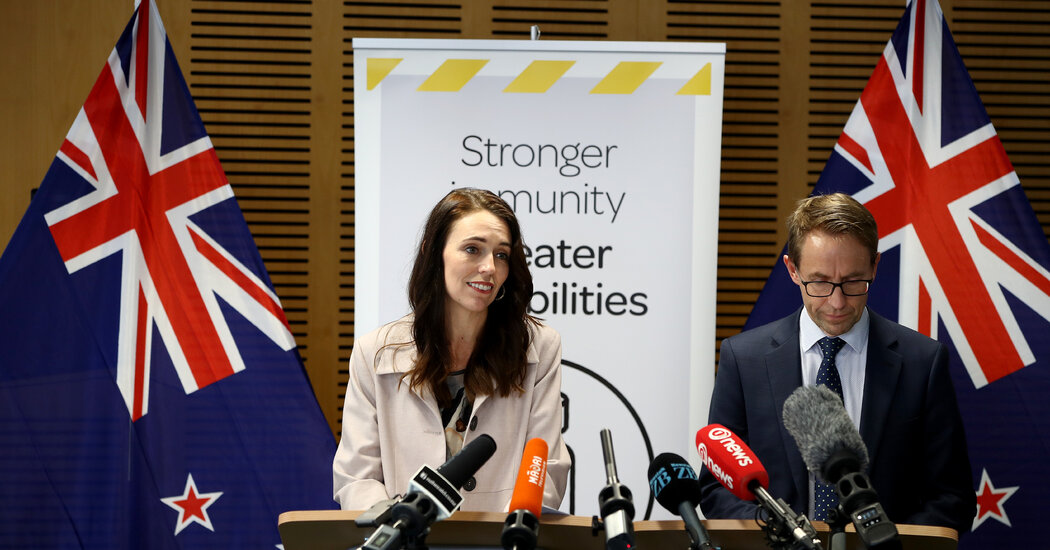 
New Zealand, which for most of the pandemic has pursued a “Covid zero” strategy, announced on Friday a new plan to manage life with the virus and move away from lockdowns, beginning once the country meets an ambitious vaccination target.

A new, color-coded system of restrictions will take effect once 90 percent of people ages 12 and up have received two doses of a vaccine, Prime Minister Jacinda Ardern announced at a news conference.

With Auckland, the country’s largest city, under a lockdown that has stretched to nine weeks because of an outbreak of the Delta variant that has proven frustratingly difficult to stamp out, officials in New Zealand have acknowledged that eliminating the virus completely may no longer be possible.

“Delta has made it very hard to maintain our elimination strategy,” Ms. Ardern said, “but as our longstanding strategy was challenged, we also had a new tool. That tool is the vaccine.”

Other Asia-Pacific countries have begun reopening after reaching lower levels of vaccination. The Australian city of Melbourne on Friday ended a lockdown that began in August after officials reported that it had inoculated 70 percent of its eligible population. Singapore set a vaccination target of 80 percent to begin reopening, but has struggled to lift restrictions as cases resurge.

In the New Zealand plan, the highest level of restrictions will be “red,” under which masks will be mandatory in most public venues and vaccine certificates will be required at most establishments like restaurants and houses of worship, with limits on capacity.

As of Oct. 22, central Auckland, where the country’s latest outbreak is concentrated, was the only region to report that nearly 90 percent of the eligible population had received first doses.

On Friday, New Zealand reported 129 new cases, its highest daily total since the pandemic began, according to the Ministry of Health.

Critics have attacked the new strategy for failing to make special provisions for vulnerable groups, including New Zealand’s Indigenous Maori population, which has far lower vaccination rates. Just over 47 percent of eligible Maori have received two doses of a vaccine, compared with nearly 70 percent of the wider population.

“The current monocultural strategies are harmful to Maori and we require frameworks that reflect our worldview,” Debbie Ngarewa-Packer, the co-leader of the Maori Party, said in a statement that called for hitting a specific vaccination target for Maori before the country reopened. “The more they tell our people to get vaccinated, the more they don’t want to.”

Other critics said the new goals are not high enough to prevent more deaths.

“The proposed vaccination targets are insufficient to protect the most vulnerable, and risk opening up before everyone is safe on an equal basis,” said Julie Anne Genter, a member of the Green Party, which has pushed for a 95 percent target.

Floods, Hunger, Violence: A Power Struggle Is the Least of Haiti’s...

A New 10-Year Plan for the Cosmos