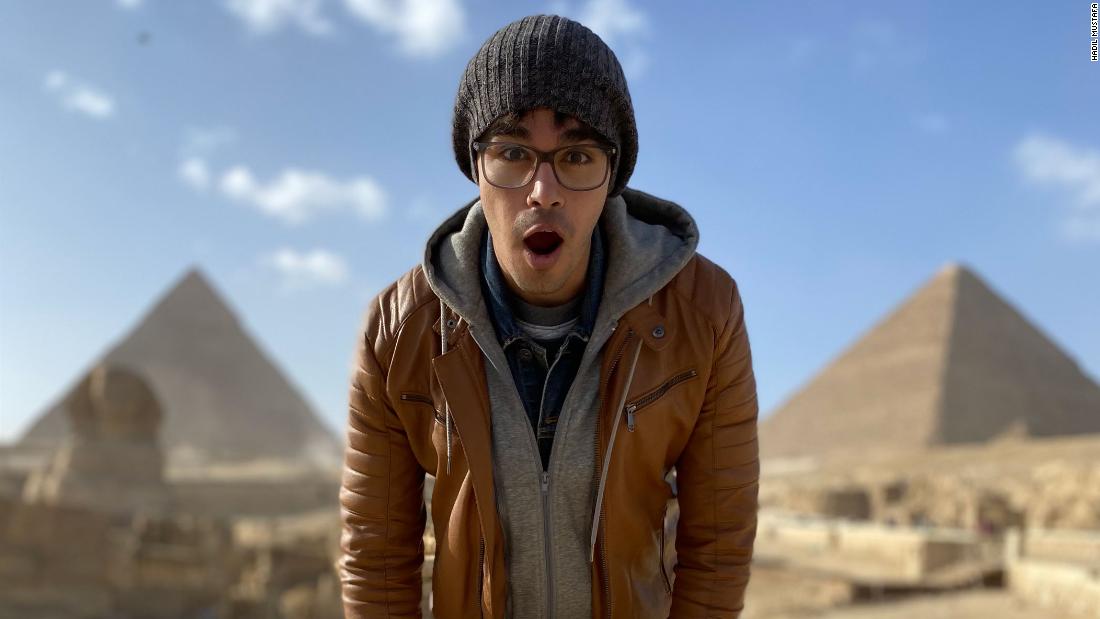 The terrorist attacks took place a year after Ali moved to the United States from Egypt, and they changed his life forever. From that day forward, the child in Ali became stifled, he says, aching under the weight of blame Muslim communities were forced to endure.

Acting became his only escape, he says, a passion he discovered unexpectedly in high school after taking a required drama class.

Now Ali is making Hollywood history as the first Arab Muslim male actor to portray a series lead in a comic book adaptation, Netflix has confirmed to CNN.

The 30-year-old actor will be featured in the upcoming series “Grendel” as a vigilante hero who goes by the same name. Grendel is the masked identity of Hunter Rose, a fencer, writer and assassin “seeking to avenge the death of a lost love,” Netflix said in a press release.

For Ali, the role is a welcome challenge — and the chance he doubted he would ever get.

“I’m so excited about this opportunity. There is so much possibilities with this. There are so many emotional, physical and psychological extremes that are going into the show, and it requires all of me in a really beautiful way,” he told CNN.

“I always thought I wouldn’t be able to play anything outside the trope line that anyone who is Muslim or Arab can only play roles where they are either the good Muslim who assimilates into the Western world and proves they’re one of the good ones, or the terrorist,” he said. “There hasn’t been room for roles like the complex anti-hero that is so complicated and flawed but also beautiful in their own way. And this role is the perfect opportunity for that.”

In the “Grendel” comic books, created by Matt Wagner and published by Dark Horse Comics, Rose takes on the identity of Grendel as he battles New York’s criminal underworld.

“I couldn’t be more thrilled about the Grendel saga, one of the longest-running independent comics series, finally being translated into live-action for the screen,” Wagner said in a statement. “I’m especially excited to see Abubakr Ali bring the character of Grendel/Hunter Rose to life — he has the charisma, style and vital edginess that I’ve been envisioning in the role for years.”

Ali thought he wanted to be a filmmaker until he took his first drama class in high school. He found himself blossoming, as acting brought out aspects of his character that he didn’t realize existed.

After graduating from Yale University’s school of drama in 2019, the actor became known for his roles in the TV series “Power Book II: Ghost” and “Katy Keene.”

The best part about acting, he says, is allowing himself the freedom to feel everything, especially the emotions he suppressed as an Arab Muslim child growing up in a country that didn’t always make space for him.

“There was this thing that manifested itself in the Muslim community where we had to put on this really toxic smile everywhere we went to let everyone around us know that we aren’t a threat,” Ali said. “Acting is a space where I can allow the rest of myself to exist. I don’t always have to be this smiley person. I can be bad, mischievous, I can be angry. It allows the rest of my humanity to thrive, which as a kid I really longed for.”

As he prepares for the Grendel role, Ali says he’s “grateful and honored” by the support everyone, especially other Arab- and Muslim-Americans, have shown him on social media.

“Every five minutes I’m in tears about the support and joy I’ve received the past few days from both my community and other communities whose voices have also been excluded from this industry,” Ali said.

Despite his success, Ali knows the path ahead won’t be easy, especially given the stereotypes he and other Arab and Muslim actors face.

“I have people asking me if I am considering changing my name, and I’m like, ‘no,'” Ali said. “I never had the impulse to change it. It just felt dishonest to me. My parents didn’t work and sacrifice so much to bring all of us here for me to deny the most important thing they gave to me, my name.”

Ali says he’s committed to using his platform to “paying it forward” and elevating other voices in the Muslim community, especially those of women, nonbinary and trans actors.

“None of it has hit quite yet. I haven’t had time to absorb how huge this is. I’m learning to find balance and appreciate these successes but staying humble and grounded through it all,” he said.

Along with “Grendel,” Ali will also be appearing in “The Walking Dead” spin-off, “Fear the Walking Dead,” and Billy Porter’s upcoming movie, “What If.”

Africans Welcome New Malaria Vaccine. But Is It a ‘Game Changer’?

Amazon settles with activist workers who say they were illegally fired.