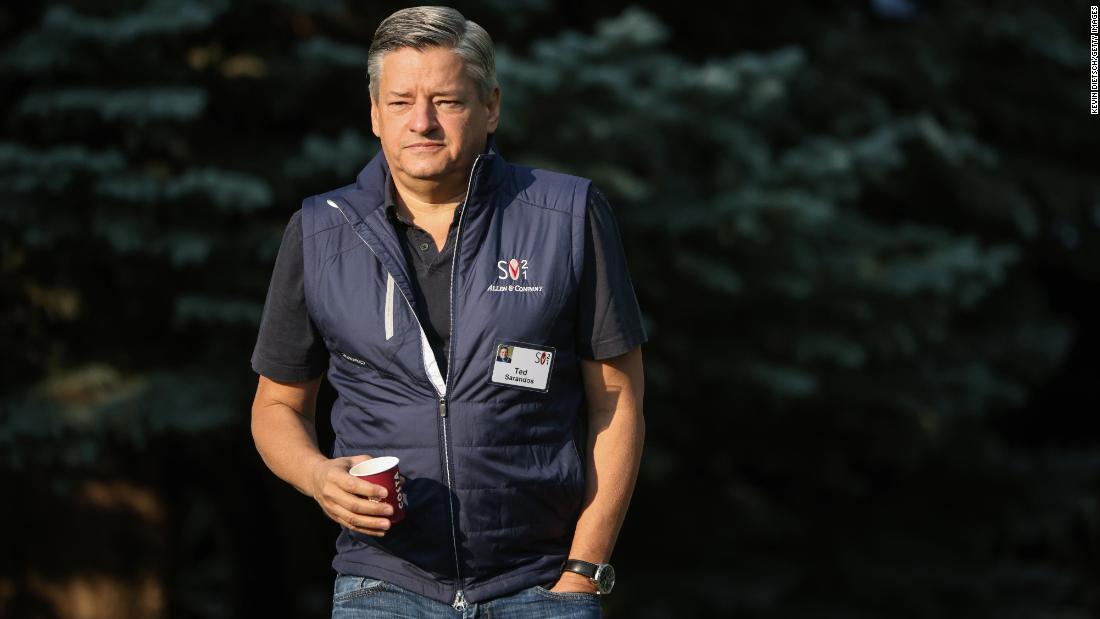 In an interview with Variety late Tuesday, Sarandos admitted that he “screwed up” the internal communication with Netflix’s staff. He said he “should have led with a lot more humanity” when dealing with some irate employees who felt attacked by Chappelle’s comedy routine.
He acknowledged that a group of employees were “definitely feeling pain and hurt” from a decision to air Chapelle’s special, which contained a number of jokes aimed at transgender people and explicit jokes about the bodies of trans women.

The comments come as some Netflix employees plan a walkout because of the company’s decision to stream Chappelle’s special — and an internal communication that some felt dismissed the staff’s concerns.

“With ‘The Closer,’ we understand that the concern is not about offensive-to-some content but titles which could increase real world harm (such as further marginalizing already marginalized groups, hate, violence etc.),” Sarandos wrote. “While some employees disagree, we have a strong belief that content on screen doesn’t directly translate to real-world harm.”

Now, Sarandos told Variety, “of course storytelling has real impact in the real world” and that he would’ve “been better in that communication.”

“They were joining a conversation already in progress, but out of context,” he told the trade publication. “But that happens, internal emails go out. In all my communications I should lean into the humanity up front and not make a blanket statement that could land very differently than it was intended.”

Despite the controversy, Sarandos continued to express support for Chappelle and the special. He said that he’s been in touch with Chapelle a “few times” since the special was released. Sarandos also added that he does not believe the special “falls into hate speech” and it won’t be removed from the platform.

The fallout has also led to an employee firing, because the company said last week they shared “confidential, commercially sensitive information” to Bloomberg. The report said that Netflix spent $24.1 million on the “The Closer,” while “Squid Game,” the company’s biggest debut hit, cost the streaming giant $21.4 million.

Britain’s theatergoers cover up again, after months without masks.

A lab in England issued about 43,000 false negatives on virus...