Home News ‘Morally, They Are Lost’: Gangs in Haiti, Breaking a Taboo, Target the... 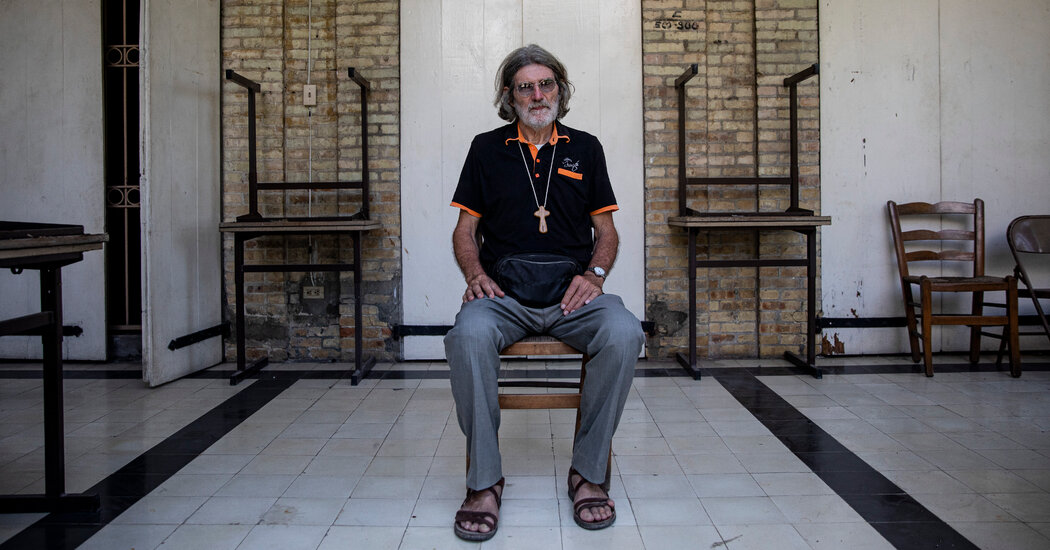 
PORT-AU-PRINCE, Haiti — The gang kept them for 19 days, giving the captives nearly everything they asked for: soap, decent food and even Gatorade. But as time wore on, the gang grew more nervous, ripping apart the priests’ gowns to make blindfolds and handcuffs. When they feared the ransom would not be paid, they withheld food as a pressure tactic to speed up payment.

In Port-au-Prince this week, the Rev. Michel Briand, a French citizen, recalled his abduction in April by 400 Mawozo, the same gang that is holding 16 Americans and a Canadian hostage. Gunshots rang out nearby as he described the nearly three weeks in captivity he spent with nine others, but he did not flinch at the crack of bullets. Instead, he expressed his worry that Haiti, the country he has called home for 35 years — through natural disasters, political upheaval and crippling poverty — is facing its harshest chapter yet.

In a country where crime has run rampant and jobs are scarce, a growing number of young men are joining gangs, Father Briand said. And as these criminal organizations turn to kidnappings to raise funds, even the church, an institution that has long been a pillar of Haitian society, with a history of supporting the population through difficult times, has become a target. The brazen seizure of 17 people, who are with a U.S.-based missionary group, underscored that shift, with 400 Mawozo threatening to kill them unless it receives $17 million for their release.

“You can try to talk to these people, to give them nice speeches,” he said, his shoulder-length hair tucked behind his ears and his wooden cross hanging down his chest. “But we will never get these people back. Morally, they are lost.”

At least 40 church members, both Haitian and foreign, have been kidnapped since the beginning of the year, according to Gèdèon Jean, the executive director of the Center for Analysis and Research in Human Rights, an advocacy group in Port-au-Prince.

“The Christian church is in the eye of the kidnapping storm,” Mr. Jean said.

The 400 Mawozo gang is negotiating with Christian Aid Ministries, the Mennonite missionary group based in Ohio that the adults are affiliated with. Among the captives are an eight-month-old and a 3-year-old.

A senior security official in the region with knowledge of the kidnapping said that so far, none of the captives had been harmed. Christian Aid Ministries is currently gathering the ransom money, the official added.

All that the gangsters want is money, Father Briand said, adding that they will leave the missionaries unharmed if they receive it. But others held by the group have not fared so well and have recounted sexual violence and beatings.

When Father Briand was kidnapped with nine others — five Haitian clergy members, a French nun and three Haitian civilians — the 400 Mawozo gang requested a much more modest ransom of $1 million for everyone. It is unclear whether a ransom was paid, and if so, how much.

“It’s because this group is all blancs,” Father Briand said of the heftier $17 million request for the missionaries, using the French word for white that Haitians use to describe Caucasians. “They were emboldened by our kidnapping to kidnap more, to ask for more.”

The recent upsurge in the abduction of church members in Haiti has signaled “a breakdown of social relations in Haiti,” said Laënnec Hurbon, a Haitian sociologist and researcher at the French National Center for Scientific Research.

The church had long been spared gang violence in Haiti, benefiting from its position as one of the last stable institutions in an environment marked by rampant violence and corruption.

Church organizations in Haiti, as in many other countries, have also been connected to abuse allegations, including Christian Aid Ministries. In 2020, the group announced a settlement to a civil suit in Haiti, saying it provided $420,000 in restitution and assistance to victims. A year earlier, other religious organizations also settled abuse cases involving some 130 victims for $60 million.

Still, religious organizations retain great popularity, often filling the void left by a debilitated state, giving aid and food to the needy and acting as a social force that some residents say kept Haiti from falling apart.

On Wednesday, some Haitians took to the streets to demand the missionaries’ release, praising Christian Aid Ministries for offering the basic services their own government has not provided.

But the recent kidnapping has shown that no one is off limits and that the historical deference paid to the church is no longer enough to keep gangs at bay.

“The collapse of the state has led to the destruction of all social links,” Mr. Hurbon said. Through these kidnappings, he added, “all the social taboos have been violated.”

Mr. Hurbon said the church had long been a “safeguard” in Haitian society, providing education and stability, and at times even becoming a political player in the face of historically weak and corrupt governments.

Many church members have been shocked and saddened by the worsening conditions that have made even them into targets.

“For some time now, we have been witnessing the descent into hell of Haitian society,” the archdiocese of Port-au-Prince said in a statement in April, after Father Briand’s kidnapping.

The abduction of U.S. missionaries. Seventeen people, including five children, associated with an American Christian aid group were kidnapped on Oct. 16 by a Haitian gang as they visited an orphanage. The brazenness of the abductions has shocked officials. The whereabouts and identities of the hostages remain unknown.

The aftermath of a deadly earthquake. On Aug. 14, a 7.2 magnitude earthquake struck Haiti, killing more than 2,100 people and leaving thousands injured. A severe storm — Grace, then a tropical depression — drenched the nation with heavy rain days later, delaying the recovery. Many survivors said they expected no help from officials.

The assassination of President Jovenel Moïse. A group of assailants stormed Mr. Moïse’s residence on July 7, killing him and wounding his wife in what officials called a well-planned operation. The plot left a political void that has deepened the nation’s turmoil as the investigation continues. Elections that were planned for this year are likely to be delayed until 2022.

Father Briand and his colleagues were captured as they drove through Croix-des-Bouquet, a once-bustling suburb of Port-au-Prince that is now the stronghold of the 400 Mawozo gang. Parts of the neighborhood are nearly a ghost town as the gang took more ground over the past year, kidnapping the rich and poor. Street vendors, school children and even priests mid-sermon — no one has been spared.

Many in the neighborhood have fled, choosing to become refugees in their own city rather than stay.

In April, as the vehicle Father Briand rode in navigated streets gnarled with traffic, he spotted several masked, armed men in the middle of the road. One jumped onto the car and forced it to pull into a compound where several other vehicles were held, their passengers told to dismount and deposit their belongings into a backpack.

When the gang realized the potential value of the captives, they instructed the hostages to stay in the car while one of the gangsters hopped into the driver’s seat and sped away.

Father Briand was kept in a thicket under the shade of a large tree, the group sleeping on sheets of cardboard before they were moved to two safe houses, he said, the last one a mud-floored house with no windows. Whatever he and the other captives asked for, they received, he said. But one of the priests was diabetic and did not get the medicine he needed.

The church swiftly mobilized to demand the release of Father Briand and his colleagues, as church bells tolled across Port-au-Prince every day at noon and Catholic schools and universities shut as part of widespread protests. Masses filled with hundreds of congregants across the city who were praying for their return.

As the kidnapping made international headlines, the gang members became alarmed, Father Briand said, and tried to rip up the priests’ stoles, a part of their ecclesiastical dress that drapes over the shoulder, to use as blindfolds and handcuffs. But the priests protested the desecration of their sacred stoles, and offered their albs, or tunics, instead.

The guards took pity on them, Father Briand said, and slipped off their blindfolds and freed their hands whenever their leader left.

Two weeks into their captivity, as negotiations over the ransom stalled, the gang withheld food. When they complained of hunger, one of the guards sneaked them what little food he could.

As they neared their third week in captivity, members of the group were jostled awake in the middle of the night. It was time for them to be set free.

One of the leaders for 400 Mawozo hugged each of the captives goodbye before pulling away to make a request.

“He asked us to pray for him,” Father Briand said.

“And I replied: ‘We’ve been praying for you from the beginning. You didn’t have to ask.’”

Worried About Your Teen on Social Media? Here’s How to Help.