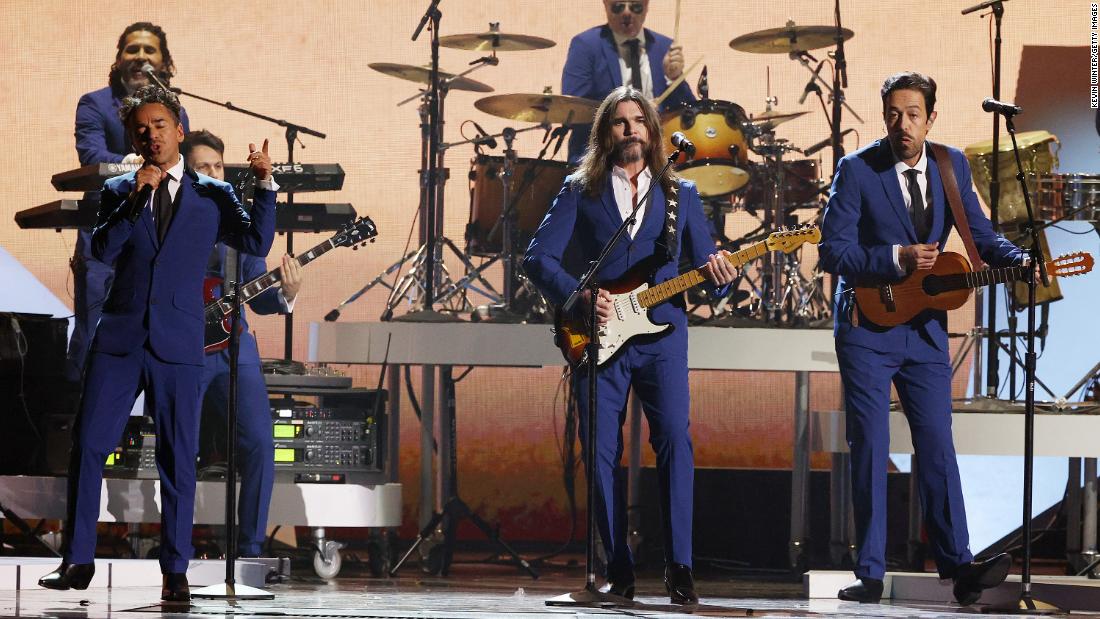 Surrounded on stage by white candles, the artists called for freedom on the island and said they dedicated the song to the Cuban people and political prisoners. Emilio Estefan could be seen holding a Cuban flag in the audience.

Earlier in the night, the song was awarded the Latin Grammy for best urban composition, leading the song’s composers to dedicate the award to freedom of expression in Cuba.

The song, which is a twist on Fidel Castro’s slogan of “Patria o Muerte,” Fatherland or Death in Spanish, blasts repression in Cuba.

The island’s communist-run government has banned the song from the airwaves there. But during widespread protests in July, protestors chanted the song’s lyrics at police and carried signs that read “Patria y Vida,” Fatherland and Life.

One of the composers of the song, rapper Maykel Osorbo, is currently in jail in Cuba after clashing with the police. Supporters say he is being punished for helping write the song and for his advocacy.

Read more about the song here.

Fans noticed a Simpsons episode is missing from Disney+ in Hong...

See Nicole Kidman as Lucille Ball in first trailer for ‘Being...

Who is speaking at the U.N. General Assembly, who isn’t —...