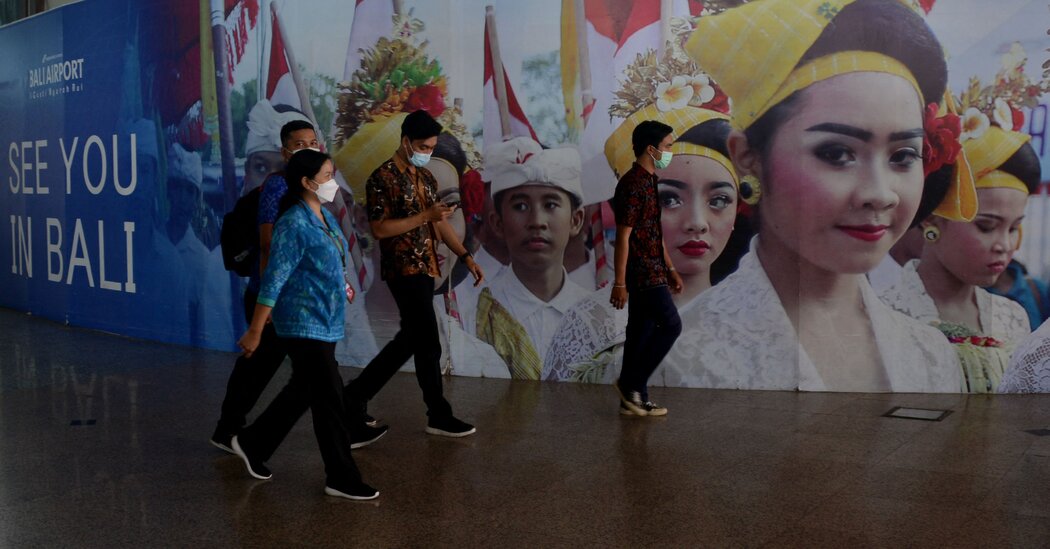 
Indonesia will allow international flights to begin landing at the airport on Bali island next week as it weighs reopening the country to foreign tourists for the first time in more than 18 months.

International carriers from countries including China, Japan, New Zealand, South Korea and the United Arab Emirates could resume flights to Bali on Oct. 14, Luhut Pandjaitan, a top minister in the cabinet of President Joko Widodo, said on Monday.

Under the current rules, eligible passengers would include Indonesian citizens as well as foreigners with a work permit or business visa. They would be subject to eight days quarantine at a hotel at their own expense.

Bali is Indonesia’s most important tourist destination, and closing the island to foreign tourists has devastated the tourism industry, leading to tens of thousands of people losing their jobs. Indonesia has been the Southeast Asian nation hit hardest by Covid, with nearly 143,000 deaths. It reached a peak of nearly 57,000 cases a day in July, though the number of infections has dropped sharply since then.

Foreign tourists have been barred from entering Indonesia since April of last year, and international flights have been allowed to land only in Jakarta, the capital, and the city of Manado on Sulawesi island.

Indonesia’s tourism minister, Sandiaga Uno, told reporters that reopening Bali’s airport to overseas flights would serve as a “trial opening of Bali for foreign tourists,” though he did not provide a timetable for their return. Domestic tourists are already allowed to visit.

Earlier he said that Indonesia was studying the example of Thailand’s “Phuket Sandbox,” which allows vaccinated foreign tourists who test negative for Covid-19 to roam freely on Phuket island.

Taufan Yudhistira, a spokesman for Bali’s Ngurah Rai International Airport, said the airport had not received specific instructions for the reopening but had begun readying the international terminal and preparing health protocols.

Australia Took On China. Did It Get It Right?

Amazon Should Invent With Care

Afghans Somber but Not Surprised as U.S. Calls Drone Strike a...