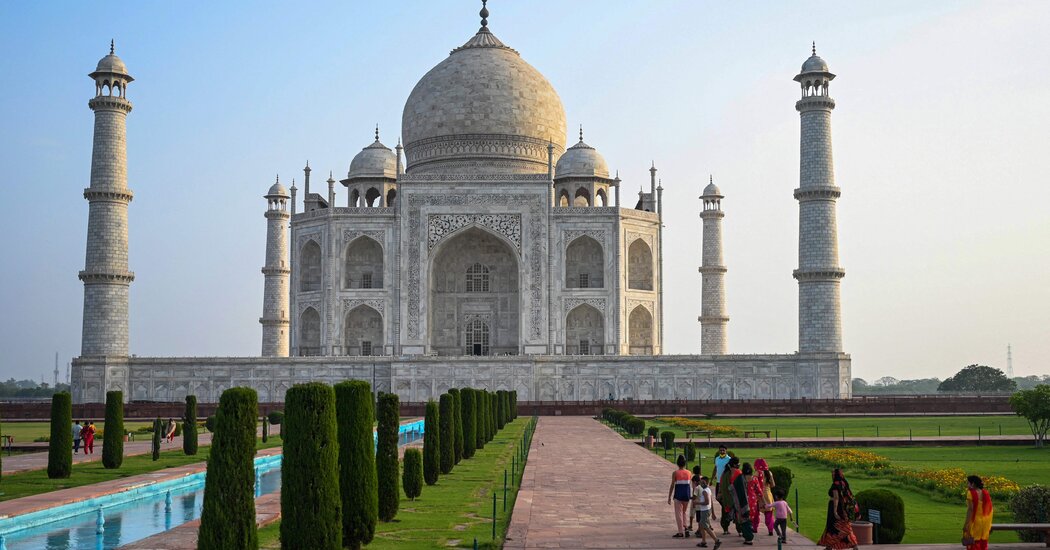 
The Indian government announced on Monday that it would allow vaccinated foreign visitors into the country for the first time in more than 20 months, delivering a boost to a battered tourism industry as coronavirus cases ease and vaccinations pick up across Asia.

As India emerges from a devastating second wave of the virus last spring — with new cases averaging about 20,000 daily, down from a peak of more than 400,000 — it has begun to allow quarantine-free entry to fully inoculated tourists from 99 reciprocating countries.

In 2020, the country drew just 2.74 million foreign tourists, down from 10.93 million the previous year, according to government data. Before the pandemic, tourism constituted about 7 percent of the country’s economic output and brought in $30 billion in foreign exchange in 2019.

Last month, India said it would resume allowing chartered flights, although few have arrived because those flights tend to be booked far in advance. Monday’s announcement expands the rule to all flights from 99 countries that allow vaccinated Indian travelers. But travelers from several major countries — including China, Britain and Canada — are not included because their countries have not reopened to visitors from India.

Rajiv Mehra, a top official at the Indian Association of Tour Operators, said that it would take months before the new arrivals would start making an impact on local economies. But he said that it was a sign of confidence in the country’s vaccination rollout that visitors from so many countries will be allowed to come in without going into quarantine.

India recently administered its billionth vaccine dose, and more than 30 percent of the eligible population has been fully vaccinated. But a sluggish start to the vaccine campaign, and a prolonged lockdown in 2020, have taken a toll. According to the National Council of Applied Economic Research, a private think tank, more than 10 million people in the tourism industry lost their jobs in just a three-month period last year.

The government plans to issue 500,000 free visas to bolster tourism.

“We are taking baby steps and we will see a good turnout in numbers in coming months,” said Jyoti Mayal, the president of the Travel Agents Association of India, a private trade body. “We are working hard to tell tourists to come and visit India and it is safe.”

India joins a host of Asian countries that are lifting travel restrictions on foreign tourists. South Korea and Singapore initiated a travel arrangement on Monday that allows fully vaccinated visitors to travel to either country without having to quarantine.

South Korea plans to open more international travel lanes with neighboring countries as it moves toward a phased reopening. Cambodia, which has fully vaccinated 80 percent of its population, according to the Our World in Data project at the University of Oxford, also ended its quarantine for inbound vaccinated travelers on Monday.

Fresh lockdowns in China as local Covid-19 infections spread to 11...

NATO expels 8 members of Russian mission in Brussels alleging they...

China may have to juice its economy soon as ‘stagflation’ risk...