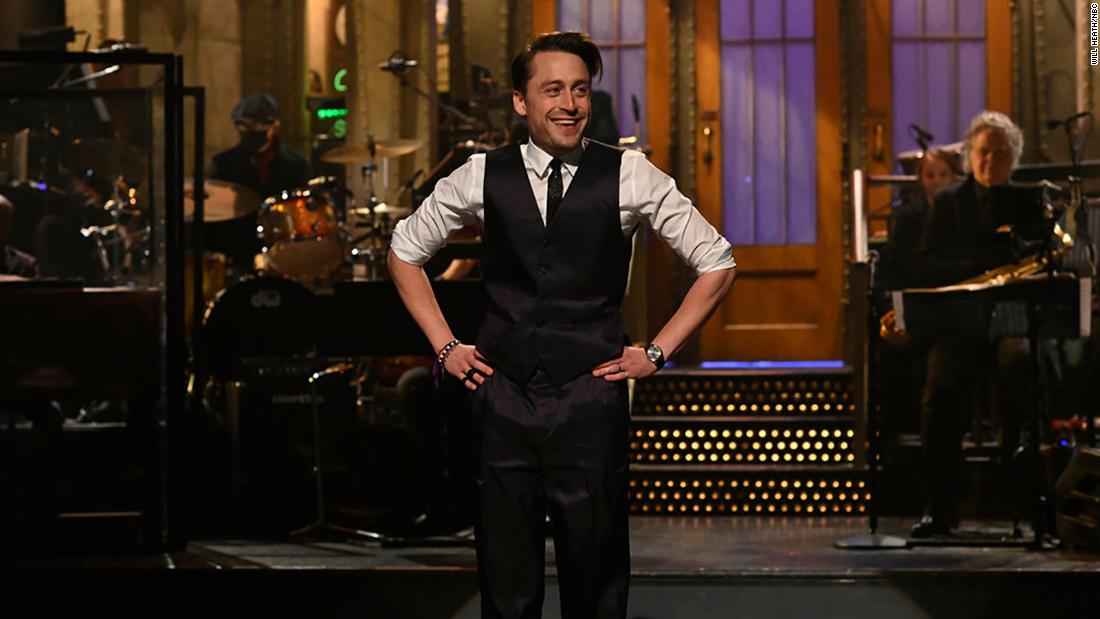 
The actor, who stars on the hit show “Succession,” hit it out of the park with his hilarious skits.

Culkin made sure to mention his character Roman Roy, a fan favorite on the show.

“He’s one of the nicer characters on the show,” Culkin said of his character. “Which still makes him one of the top 10 worst human beings on TV.”

He also spoke about welcoming his first child this past year and mentioned that his wife Jazz Charton was in the audience. “I think she thinks I’m going to mess up or something. But I just want to assure you that everything is going to be fine… Even if I do mess up and ‘shame the family,’ we’re going to be okay.”

Given that Culkin’s hit character on “Succession” plays the heir of a family who runs a cable news network, it was quite perfect that he attempted to cancel his cable subscription during one of his skits.

Taylor Swift releases short film that fans think is about her...

What my uncle Neil Sedaka taught me about the evolution of...