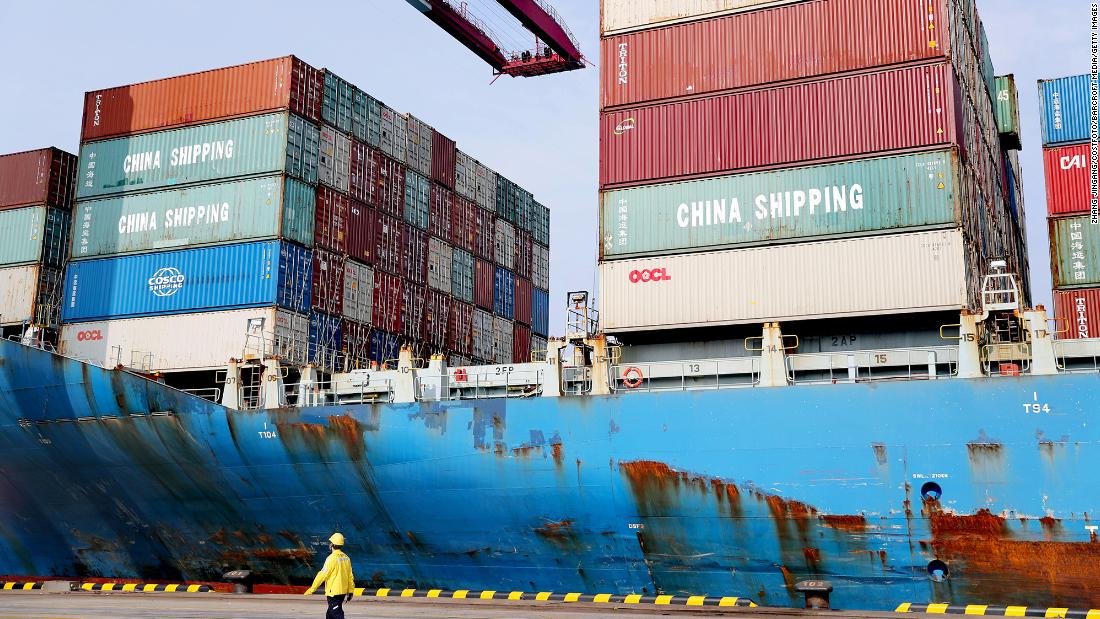 In a letter to Biden officials sent on Friday, the business groups warned tariffs on China and retaliatory levies are hurting US companies and families by raising costs.

“These costs, compounded by other inflationary pressures, impose a significant burden on American businesses, farmers and families trying to recover from the effects of the pandemic,” the business groups wrote in the letter, which was signed by the US-China Business Council, the US Chamber of Commerce, the Business Roundtable and other trade groups.

“We agree with Secretary Yellen’s recent comments that tariffs tend to increase domestic prices and raise costs to consumers and businesses due to higher cost inputs and that lowering US and Chinese tariffs could help ease inflation,” the letter said.

The business groups urged Biden officials to reduce “harmful” Section 301 tariffs, noting US importers have paid over $110 billion in these tariffs since they began under former President Donald Trump, including $40 billion during the Biden administration.

The letter also requests “immediate action to significantly broaden” the tariff exclusion process. The business groups said they appreciate the US Trade Representative restarting a Section 301 tariff exclusion process but warned the “scope and retroactivity are far too narrow” given the negative impact from tariffs and “their inflationary pressures.”

In a speech in October, US Trade Representative Katherine Tai signaled the Biden administration will take a tough approach towards China and hold Beijing accountable for keeping promises it made in the Phase One trade agreement.

“For too long, China’s lack of adherence to global trading norms has undercut the prosperity of Americans and others around the world,.” Tai said. “It is increasingly clear that China’s plans do not include meaningful reforms to address the concerns that have been shared by the United States and many other countries.”

“Our organizations agree that forced labor and other human rights abuses should have no place in supply chains, and our members work to prevent forced labor in supply chains in China and around the world,” the letter said. “We also support targeted export controls on sensitive technologies that safeguard US national security, but also preserve US technology leadership, carefully consider foreign availability and are implemented in concert with other supplier governments.”

As Earth Warms, Human History Is Melting Away