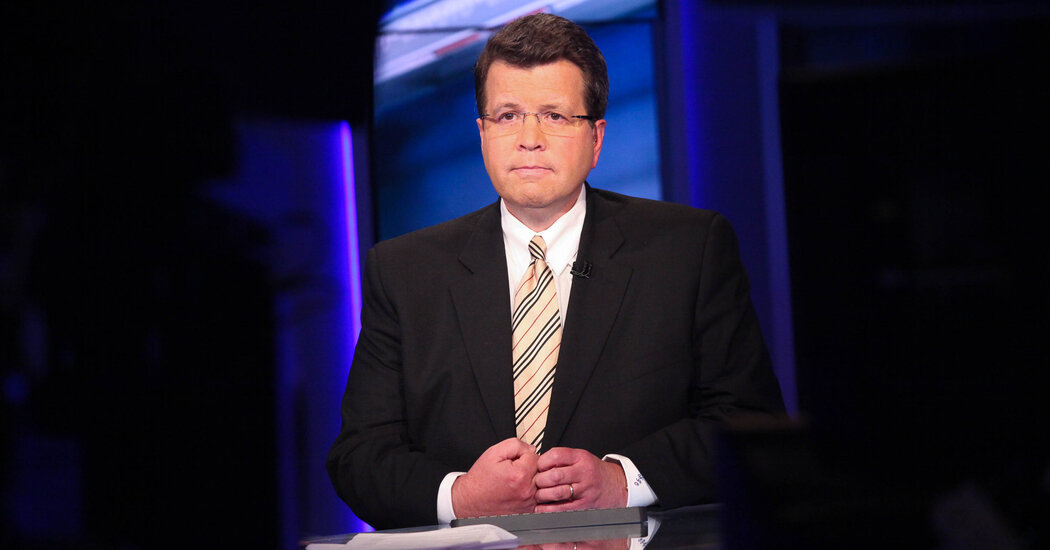 
Neil Cavuto, a Fox News anchor, has tested positive for the coronavirus.

Mr. Cavuto, who is vaccinated against Covid, said he learned about the tests results Monday after his show, “Your World with Neil Cavuto,” and was not on the air Tuesday.

“While I’m somewhat stunned by this news, doctors tell me I’m lucky as well. Had I not been vaccinated, and with all my medical issues, this would be a far more dire situation,” Mr. Cavuto said in a statement released by Fox News. “It’s not, because I did and I’m surviving this because I did.”

Mr. Cavuto has been very public with his health issues throughout the years. He was treated for cancer in the 1980s and had open-heart surgery in 2016. He was diagnosed with multiple sclerosis in 1997.

Mr. Cavuto’s announcement came on the same day that CNN anchor John King disclosed on air that he has multiple sclerosis. Mr. King brought up his diagnosis while discussing the death of former Secretary of State Colin Powell on Monday of complications from Covid-19.

Mr. Powell, who was immunocompromised after a multiple myeloma cancer diagnosis, died despite being vaccinated.

“I’m going to share a secret I have never shared before. I’m immunocompromised. I have multiple sclerosis. So I’m grateful you’re all vaccinated,” Mr. King said during a panel on his program, “Inside Politics.”

He added that although he does not “like my boss telling me what to do,” he thanks his employer for requiring vaccinations to keep those like him safe. “In this case, it’s important,” Mr. King said.

It’s unclear exactly how common breakthrough infections are, but recent outbreaks suggest that the numbers may have increased after the arrival of the Delta variant.

Still, most vaccinated people who get infected are likely to have mild symptoms. And they may even benefit in the long run by strengthening their immune system’s defenses against variants.

The Centers for Disease Control and Prevention has said that those who are immunocompromised may not always be fully protected after an initial vaccination and should continue to take all precautions. The C.D.C. also recommends that moderately to severely immunocompromised people receive a booster shot.

In Week of Words, It Often Seemed Like the Divided Nations