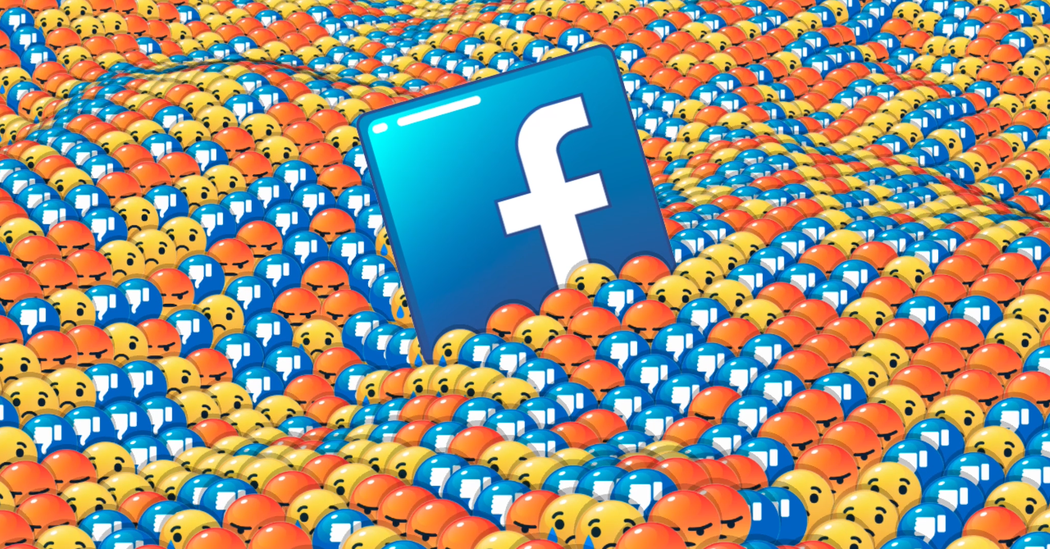 
All of that is, at least in part, the price that Facebook is already paying for its bad reputation.

Let me go back to Instagram because it helps show the weight of Facebook’s baggage.

Almost the minute that news broke this year about Facebook’s plans for a version of the app for preteens, there were shrieks of “NOPE!” from attorneys general and some children’s advocates. Facebook now says it will hear out critics.

Instagram Kids isn’t necessarily a bad idea. U.S. law requires limits on online accounts of children under 13, but many lie about their age. Facebook was in part trying to acknowledge reality and draw preteens to a version of Instagram with more protections. Facebook pointed out on Monday that both YouTube and TikTok have tailored their apps for kids. (And they have attracted criticism at times.) All of this is complicated for parents, regulators, internet companies and children.

The biggest problem was that Instagram Kids came from Facebook, which people didn’t trust to create a safe space for children. Many don’t trust the company, period. This was at least the second high-profile product that Facebook backed away from after pushback. Last year, Facebook also changed its mind about starting its own virtual currency, called Libra, after its business partners balked and some U.S. government officials worried about potential disruptions to the financial system.

If a more trusted company like General Motors, or even Apple, were behind Libra or a an app for kids, there still might have been a backlash to those proposals. But U.S. senators might not have had criticized the company’s work using an expletive or likened it to a toddler arsonist, as they did with Facebook.

I know it feels like lots of people say they dislike Facebook but still use its social network or one of its other apps. There are weak spots in Facebook’s popularity, though, that may be the result of Americans feeling as though they have to hold their noses when they log in.

The number of people in the U.S. and Canada who use Facebook or its Messenger app at least once a month have increased only about 8 percent since the end of 2017 — before the Cambridge Analytica scandal about harvesting users’ information exposed Facebook’s lax treatment of personal data.

Facebook may simply have maxed out now that two-thirds of the combined population of the U.S. and Canada use the social media network. Those numbers don’t include people who use Instagram or WhatsApp, owned by the same company. Facebook doesn’t regularly reveal numbers for those apps.

You could look at these facts and reach the opposite conclusion: Nothing matters. On the scoreboard of money and power, Facebook is winning.

Yup, I hear you. The cynical devil on my shoulder is yelling that a few project delays, screaming politicians, rejections from job candidates and armies of public relations specialists and lawyers are simply the costs of doing business for a high-profile company.

Maybe Facebook can skate past the mistrust forever and remain hated but rich. But I wonder whether at some point the burden of a bad reputation does become too much and starts hurting Facebook where it counts — in its wallet. Or maybe I just wish this were true because companies shouldn’t be able to mess up repeatedly and face few consequences.

I wrote last week that we all might be better off if Facebook retreated from many less-affluent countries. The company has repeatedly not devoted enough money, attention and cultural competence to many countries outside the United States and Western Europe, and this has resulted in a horrible human toll including ethnic violence and government harassment of citizens.

An On Tech reader in Sofia, Bulgaria, Antoniya Staneva, disagreed with me and made great points. I wanted to share part of the email, slightly edited for clarity:

Yes, it is absolutely clear to me that there are places where Facebook is a tool for misinformation, manipulation, propaganda and other dangerous practices (is this not the same even in the U.S. when you think about it?), but being from a smaller unimportant country (Bulgaria), I can assure you that those things would happen in those places with or without Facebook present there. They would happen via (social) media channels and networks at a local level.

The big difference, however, for people in countries like those would be that they would lose an important window to the bigger world, which is what very often Facebook is in smaller, non-Western, not-so-well-developed countries.

Have you ever seen a baby riding a robot vacuum cleaner? Now you have.

We want to hear from you. Tell us what you think of this newsletter and what else you’d like us to explore. You can reach us at ontech@nytimes.com.

If you don’t already get this newsletter in your inbox, please sign up here. You can also read past On Tech columns.

Facebook Faces a Public Relations Crisis. What About a Legal One?

Dave Chappelle responds to Netflix controversy with a video clip from his concert.

Japan’s Most Popular Candidate for Prime Minister Is Far From a...

Harshad Mehta Net Worth | Get to know his Frauds, Biography,...