Home News Evergrande could be about to sell its property management unit in scramble... 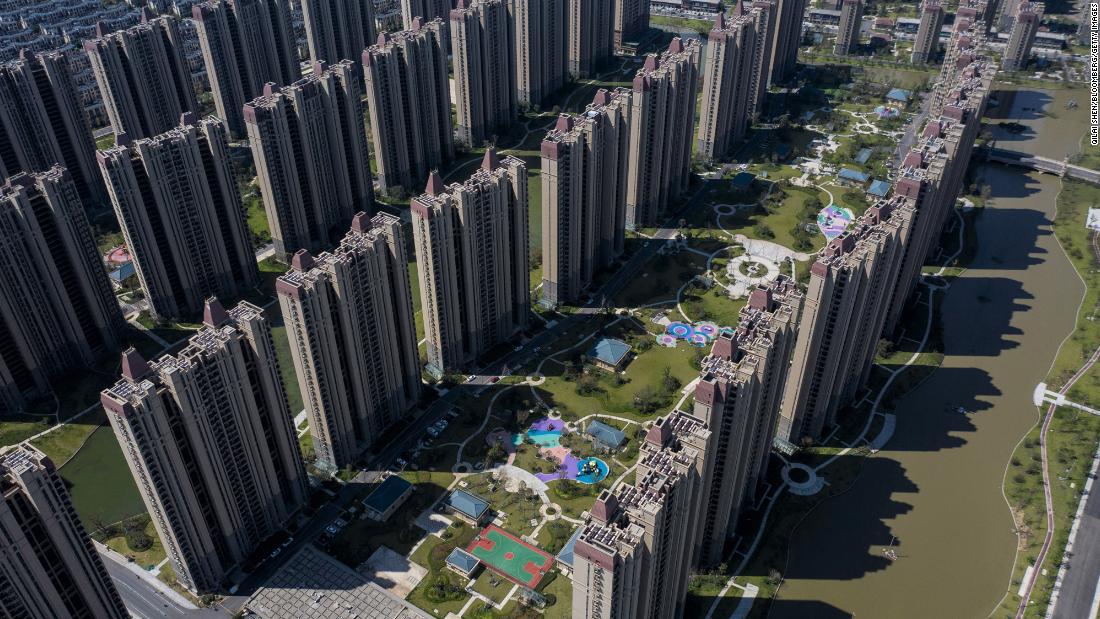 Cailian News, a Chinese state-run financial news outlet, reported Monday that Hopson Development was planning to assume control of Evergrande’s property management arm by buying a stake of about 51% in a deal that could be worth more than 40 billion Hong Kong dollars ($5.1 billion).
Chinese state-run tabloid Global Times also covered the expected deal, referring to various “media reports” the same day.
Shares of Evergrande’s property management business and Hopson were also suspended from trade in Hong Kong on Monday. In a stock exchange filing, the Evergrande subsidiary cited “a possible general offer for the shares of the company,” while Hopson said in its own filing that an announcement was “pending,” and would be related to a major acquisition.
In a separate statement to CNN Business, Hopson said that it would “not comment on market rumors,” while reiterating that it would make an “official announcement.” The property developer bills itself as one of the largest in mainland China, and is based in both Beijing and Guangzhou, according to its 2020 annual report. The company focuses on mid-to-high-end residential projects, according to its website for investors.

Evergrande did not immediately respond to a request for comment.

Evergrande has been hunting for buyers for some of its businesses as it battles to survive a cash crunch. The conglomerate is China’s most indebted developer, with more than $300 billion in debt. It has likely missed two bond payment deadlines in recent weeks, and its stock has crashed 80% so far this year.

Last month, the company disclosed in a stock exchange filing that it had tried — and failed — to find bidders for parts of its property services and electric vehicle businesses, as well as its office tower in Hong Kong.

Evergrande and its associates owned almost 61% of Evergrande Property Services, the unit Hopson is said to be buying, as of May, according to a stock exchange filing.

Analysts had been expecting a relatively quiet period of news this week, as mainland China celebrates Golden Week, a major public holiday. But markets are open in Hong Kong, where Evergrande’s shares and some of its bonds trade.

Jeffrey Halley, a senior market analyst for Asia Pacific at Oanda, said in a note to clients on Monday that “there still remains very little visibility from the Chinese government over Evergrande’s fate, although a slow and steady dismantling of the company appears to be the favored course right now.”

‘What Have We Done With Democracy?’ A Decade On, Arab Spring...

‘We felt the danger’: Syria hit hard by Delta variant –...