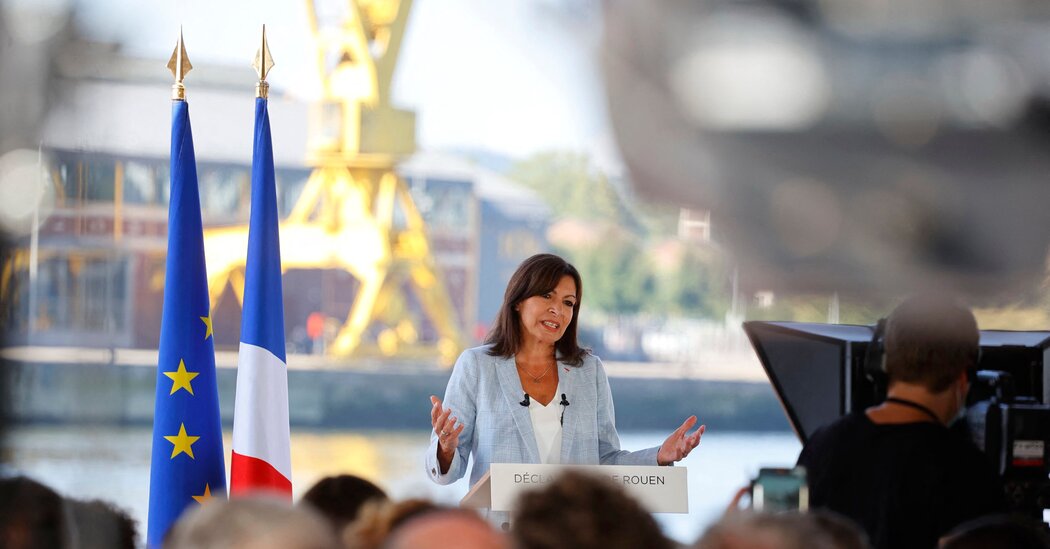 
PARIS — For France’s venerable Socialist Party, languishing at 4 percent support ahead of next year’s presidential elections, news of a surprise win last Sunday by its center-left counterpart in Germany offered a glimmer of hope.

The slim victory by Olaf Scholz and Germany’s Social Democratic Party, along with the expected return to power of Norway’s Labor Party following a recent win, have underscored the recent success of Europe’s long-embattled social democrats. If Mr. Scholz succeeds in forming a government, social democrats in Europe’s most powerful nation will join center-left governments in Spain, Portugal and the Nordic nations of Sweden, Denmark and Finland, as well as Norway.

Attention will then turn to France, where presidential elections are scheduled for next April. But in France, experts say, the social democrats’ hopes of a continent-wide revival are likely to dim.

Socialist Party officials were nevertheless quick to seize on the German results as a sign that Europe’s political tides may be turning.

“Never assume the battle’s already lost,’’ the Socialists’ leader, Olivier Faure, said in a Twitter post. The party’s presidential candidate, Anne Hidalgo, noted that Mr. Scholz “had beaten the odds’’ thanks to policies common to both social democratic parties.

But it will take more than that to reverse the fortunes of a party that not so long ago utterly dominated French politics.

After months of hinting that she would run for president, Ms. Hidalgo, 62, the second-term mayor of Paris, finally announced her candidacy in mid-September. But instead of getting an expected bounce in the polls, her approval ratings have drifted lower.

Her polling is now far below not only the two favorites to meet in a showdown — President Emmanuel Macron and Marine Le Pen, of the far-right National Rally — but also well below candidates from the center-right and Éric Zemmour, a writer and TV star known for his far-right views, who is not yet an official candidate.

On the other side of the political spectrum, she trails the far-left Jean-Luc Mélenchon and is neck and neck with the newly designated presidential candidate of the Greens, Yannick Jadot, polls show.

The Socialists’ collapse is even more noteworthy because, less than a decade ago under the Socialist President François Hollande, the party controlled the Élysée Palace, both chambers of Parliament, a majority of big cities and nearly all the regions.

“Nine years ago, this party held all the cards,’’ said Pascal Delwit, a political scientist specializing in social democracy at the Free University of Brussels. “Nine years later, it has none.’’

In what became a symbol of its fall, the Socialist Party had to abandon its longtime headquarters, in one of the toniest neighborhoods of Paris, for cheaper real estate in a suburb, or banlieue, that many members never bothered visiting.

Alain Bergounioux, a historian who is an expert on the Socialist Party, said that beyond crumbling at the ballot box, Socialists seem to have lost the ability to push forward their ideas and themes in a fast-moving political landscape.

“They really don’t influence the national debate any longer, as public opinion has shifted to the right,’’ Mr. Bergounioux said.

He added, “If it was premature to say that social democracy was dead, it would be overstating it to say that there is a renaissance.’’

Seven months before the presidential elections, issues dear to the right — like immigration, crime and national identity — are dominating the political discourse. While Mr. Macron ran as a centrist in 2017, he has tacked right in a bid for the biggest slice of the electorate.

The focus on these themes has only increased in recent weeks, with the intense news media attention on a possible candidacy by Mr. Zemmour. Styling himself as a Trump-like populist outsider, he has been visiting different regions on a book tour that has doubled as a campaign. A poll released this week showed that his support among potential voters in the first round of the elections has kept climbing, to 13 percent, or just three percentage points below Ms. Le Pen.

France is an extreme, though revealing, example of the problems afflicting social democratic parties across Europe, experts say.

While social democratic parties have lost support nearly everywhere amid the political fragmentation on the continent, France’s Socialist Party was also decimated by Mr. Macron’s successful creation of his centrist La République en Marche party. Some Socialist leaders abandoned their old party to join Mr. Macron, who had served as Mr. Hollande’s economy minister. In forming his government, Mr. Macron also poached from the center-right, which was less weakened than the center-left and remains a force in French politics.

For decades, social democratic parties appealed to a core base of unionized, industrial workers and urban professionals with a vision of social justice and an equitable economy.

But many longtime French supporters felt betrayed by Mr. Hollande’s business-friendly policies as French Socialists, like their counterparts elsewhere, were unable to protect their traditional base from globalization.

While French Socialists hark back to their traditional values and now emphasize their commitment to the environment, their vision for society lacks a “strong spine,’’ Mr. Bergounioux said. In France, like elsewhere, the constituencies supporting social democratic parties tend to be made up of “aging, loyal voters who have voted for them their entire lives,’’ Mr. Delwit said.

Ernst Stetter, a member of the Social Democratic Party in Germany and former secretary general of the Foundation for European Progressive Studies, an umbrella group of social democratic think tanks across the continent, said the party’s victory last Sunday was “first and foremost a strategic victory” by Mr. Scholz.

As vice chancellor and finance minister in the government of Chancellor Angela Merkel, Mr. Scholz offered “change in continuity by offering a little bit more social programs, a little bit more on the environment and continuity in European and international affairs,’’ said Mr. Stetter, who is also an analyst at the Fondation Jean-Jaurès research institute in Paris.

Narrow as it was, Mr. Scholz’s victory represented “the center of the Social Democratic Party, not the left,’’ said Daniel Cohn-Bendit, a French-German politician and former Green member of the European Parliament.

Socialists in Spain, Portugal and the Nordic nations also owed their success to responding to local needs, not a common vision of social democracy, Mr. Cohn-Bendit said.

“On immigration policy, social democrats in Denmark are to the right of many centrist parties,’’ Mr. Cohn-Bendit said, referring to a series of hard-line immigration measures adopted by Denmark’s Social Democrats.

Following years of a rise in right-wing parties, social democrats now lead governments in Sweden, Finland and Denmark, and are poised to do so in Norway. But their hold on power is far more tenuous than in the past.

In Norway, the Labor Party, led by Jonas Gahr Stoere, came in first in last month’s parliamentary election, but won only a little over a quarter of the total seats, one of the party’s lowest scores on record. After talks to form a broad center-left coalition failed in recent days, Mr. Stoere is now expected to become prime minister of a minority government.

“There isn’t a new definition yet of what social democracy could be in today’s world,’’ Mr. Cohn-Bendit said.

Mr. Stetter said he, too, was skeptical of a broad revival of social democracy. Over the past decade, social democrats had worked unsuccessfully for a revival under the banner of the “Next Left,’’ he said.

“If Scholz succeeds in forming a government as a social democratic chancellor, there would be a dynamic force at the heart of Europe, and that could give energy to the French Socialist Party in the campaign period before the presidential elections in April,’’ Mr. Stetter. “We have to remain optimistic.’’

Protests fizzle as activists fail to galvanize the masses against the...

Fauci urges Americans not to get booster shots until they are...

A Sea of White Faces in Australia’s ‘Party of Multiculturalism’