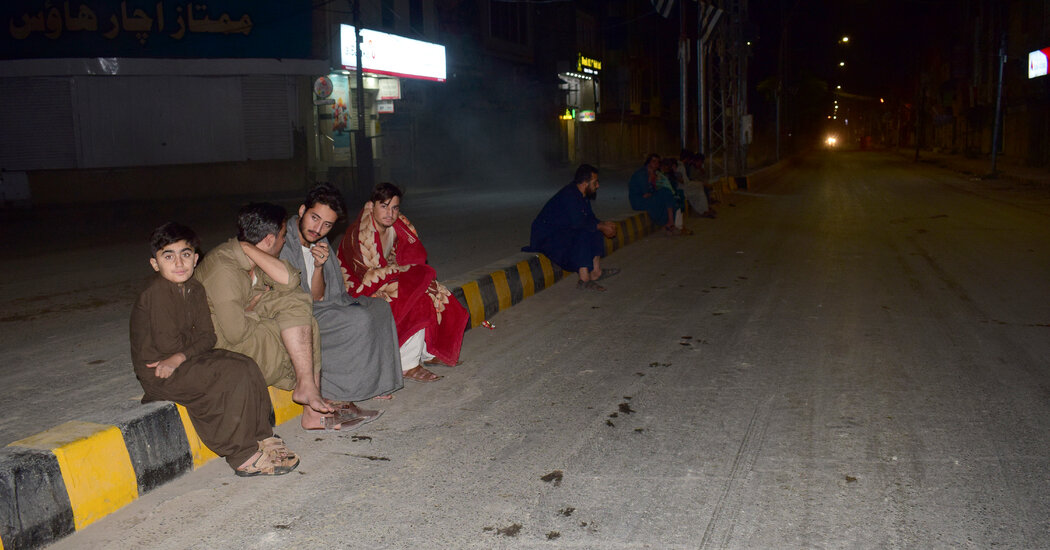 
At least 15 people were killed after an earthquake hit Pakistan early on Thursday, according to disaster officials and local news reports.

The quake struck after 3 a.m. local time and had a magnitude of 5.7, according to the United States Geological Survey, which said it had a depth of 6.2 miles.

The center of the earthquake was about 13 miles northeast of Harnai, in Balochistan Province. It was about 60 miles from Quetta, the provincial capital that is near the Afghan border.

A deputy commissioner for Harnai told local reporters that at least 50 people had been injured. Officials expected the toll to rise. The dead were mostly women and children, rescue officials said.

More than 100 mud houses collapsed and others were left damaged, including government buildings, Reuters reported. Hundreds of people were left homeless, Sohail Anwar, deputy commissioner in the city of Harnai, told Reuters.

Video footage showed injured people milling about and lying in the street, apparently outside medical facilities.

Pakistan lies in an area noted for high seismic activity. In 2013, a quake measuring 7.7 on the Richter scale struck a remote area of western Pakistan, killing at least 80. A 6.5-magnitude earthquake jolted parts of the southwest in 2008, leaving at least 150 people dead and hundreds more injured. In 2005, a 7.8-magnitude temblor killed more than 75,000 people in a northern region.

Why Use a Dictionary in the Age of Internet Search?

Trudeau Seeks a Fresh Start, but Many Voters See a Power...

A Brexit-Weary Britain Finds Itself in a New Crisis With Brexit...