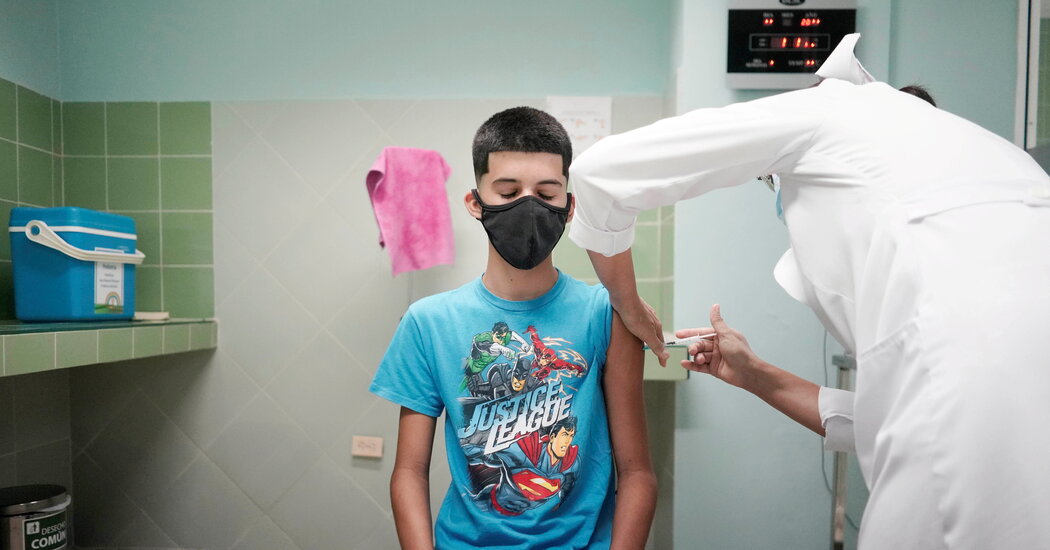 
Using its own vaccines, Cuba expects to reach “full immunization” against Covid-19 by the end of the year, the president of the island nation whose 11 million citizens have long been isolated by the American embargo, told the United Nations General Assembly on Thursday.

President Miguel Díaz-Canel Bermúdez devoted much of his recorded address to fulminating against the United States for what he called its policies of economic coercion and deprivation, which he said were meant “to erase the Cuban revolution from the political map to the world.”

But he also extolled Cuba’s medical and scientific communities for what he described as their heroic achievements in creating vaccines to combat the pandemic. More than one-third of the Cuban population has been fully vaccinated with them, he said.

“We expect to achieve full immunization by the end of 2021, which will make it possible for us to advance in the struggle against the new outbreak of the pandemic,” Mr. Diaz-Canel said.

Cuba has been especially hard hit recently by the Delta variant of the coronavirus, which sent new case reports soaring over the summer and worsened shortages of basic medical supplies in Cuba. A lack of medicines, medical oxygen and coronavirus tests increased social tensions and prompted anti-government protests in July. Mexico shipped supplies of oxygen to Cuba last month, and activists in the United States sent two million syringes to the island.

As proud as the Cuban government is of its vaccines, the shots have yet to receive approval from the World Health Organization. Data from clinical trials of the vaccines have yet to be published in international peer-reviewed journals.

Even so, Cuba’s claimed self-sufficiency in vaccinating against Covid-19 is conspicuous in the landscape of vaccination inequality around the world, where most of the vaccine doses made so far have gone to the most affluent nations, while many people in poorer countries have yet to get their first doses.

This month Cuba began vaccinating children as young as 2 against the coronavirus, making it the only country so far to immunize children that young.

The move came against the backdrop of prolonged closures of Cuba’s schools through most of the pandemic, which has generated enormous frustration among parents. Online learning is not a practical option in Cuba because of the high cost of internet access there.

The Myth of Big Tech Competence

The singer Ed Sheeran announces he has tested positive for the...

Vladimir Putin says Russia is not using energy as a weapon

A global energy crisis is coming. There’s no quick fix