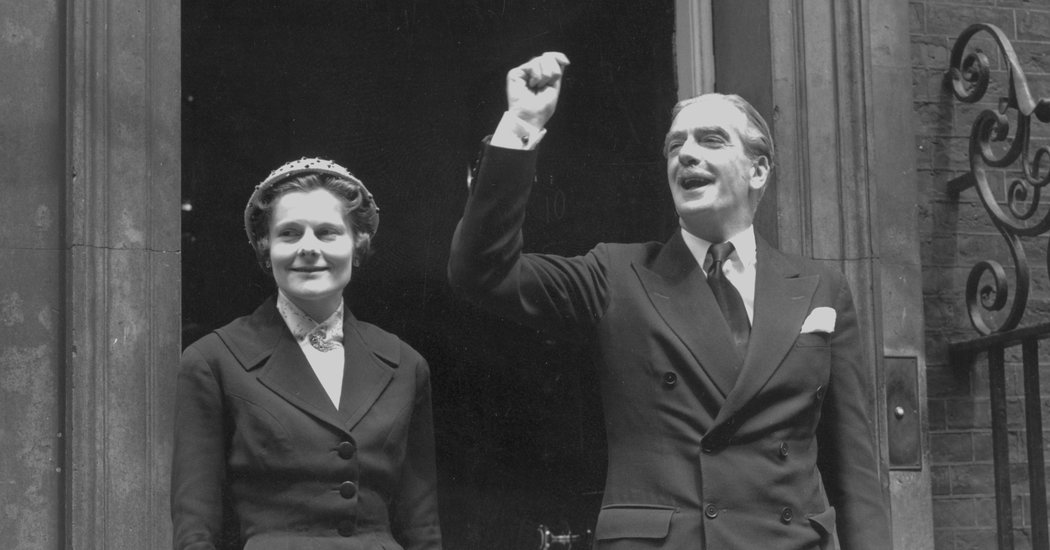 
By the time her husband became prime minister, in 1955, a year before the Suez crisis that came to define his premiership, Britain was entering a different era, though the ruling class still moved in glittery circles. “You were perpetually in evening gowns, tremendous evening clothes — tiaras and God knows what, and long gloves that had to be buttoned up,” Ms. Eden was quoted as saying in “The Goldfish Bowl.”

At the same time, the blue-collar deference that had sustained the country’s rigid class system had begun to weaken. Ms. Eden drew adverse press coverage when she asked Maud Butt, the wife of a farmworker, to refrain from hanging out her laundry to dry across a path at Chequers, the prime ministerial country retreat in Buckinghamshire.

“When we had foreign visitors, we used to take them walking around, and that was one of the places we walked,” she said. “And then one day there was suddenly this washing line across. I said, I thought very nicely, ‘Would she mind the washing not being there?’”

Ms. Butt declined the request, and her story appeared in the left-leaning newspaper The Daily Mirror, drawing a swarm of reporters to Chequers to seek out other examples of Ms. Eden’s purported highhandedness. But “there was no further evidence of Clarissa’s alleged imperious ways,” Ms. Booth and Ms. Haste concluded in their book.

Anne Clarissa Spencer-Churchill was born on June 28, 1920, the youngest child of Lady Gwendoline Bertie, a daughter of the seventh Earl of Abingdon, and John Strange Spencer-Churchill, a stockbroker and decorated military veteran who was the younger brother of Winston Churchill. She had two elder brothers, Johnnie and Peregrine.

She went by several titles over the years. After her husband was knighted in 1954, she was known as Lady Eden, and when he was ennobled as the Earl of Avon in 1961, she became the Countess of Avon.

The couple had no children, and Ms. Eden died without immediate survivors. Mr. Eden, who had suffered enduring health problems, died in 1977.

U.S. Warns of Efforts by China to Collect Genetic Data

Covid vaccine mandates are put to a test as some New...