Home News China locks down a northwestern city to subdue a small outbreak. 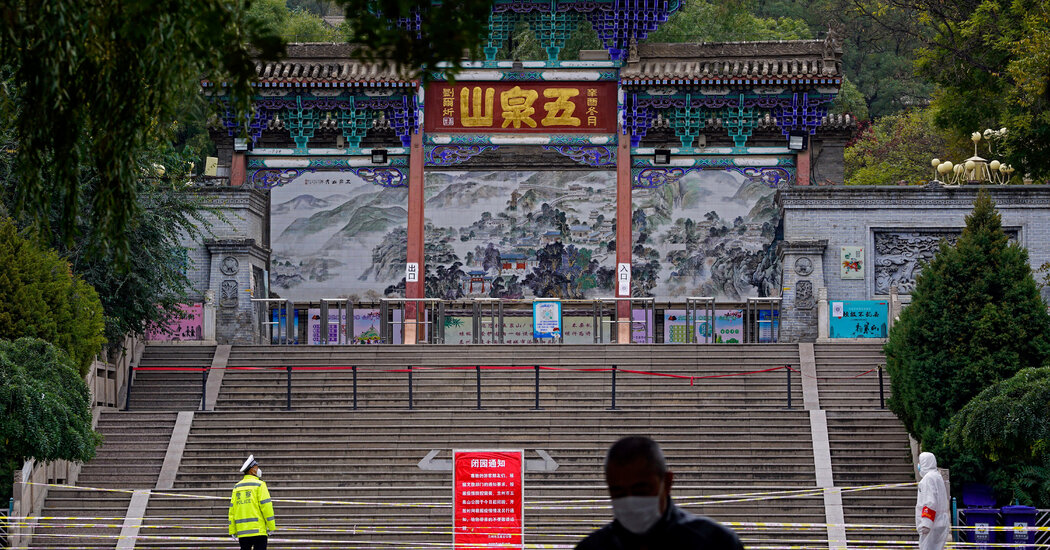 
The Chinese government ordered the northwestern city of Lanzhou locked down on Tuesday as officials carried out widespread testing to quash a small Covid-19 outbreak.

Lanzhou, a city of about four million people, reported six new coronavirus cases on Tuesday, and a total of 39 over the past week. China, where the coronavirus first emerged in late 2019, has been battling a recent flare-up of new cases largely in the northwest of the country that were spread by domestic travel.

The country enforces a strict “zero Covid” policy, carrying out widespread lockdowns and testing to eliminate even small-scale outbreaks.

By Monday evening, medical workers had tested nearly 12 million people in Gansu Province, including more than 2.8 million in Lanzhou, its capital. The testing in Lanzhou continued on Tuesday.

Residents were told to stay home and avoid all unnecessary outings.

“The province will continue to use big data and house-by-house investigations to strengthen the management and control of key populations and key areas,” Zhang Hao, a spokesman for the provincial health commission, told a news conference. “Local communities will be utilized to strictly control the flow of people.”

Nationwide, China announced 29 new domestic coronavirus cases on Tuesday. Most of those were concentrated in the northwest, including 15 in Alxa League, an area of Inner Mongolia. Beijing, the capital, reported three new cases on Tuesday.

This week China has also expanded its extensive vaccination program by extending eligibility to children as young as 3.

The effort to vaccinate younger children began Monday, according to documents issued by several provincial governments, including Hunan, Hubei and Hainan. The goal is to drive the vaccination rate above the current 76 percent.

The government approved emergency use of vaccines produced by Sinovac and Sinopharm for children aged 3 to 17 in June, but the mass inoculation for children was limited to those aged 11 to 17.

An outbreak in Fujian last month ignited public discussion of protecting younger children, as many of those infected were kindergarten and primary school students.

Covid-19 Cases Are Rising Among Children in South African Hospitals

What Italy’s famous hermit did next

Biden received communion at a church in Rome, a day after...

Impossibly, Billie Eilish might get you into your feelings while counting...

After Killings, U.K. Asks: Should Misogyny Be a Hate Crime?