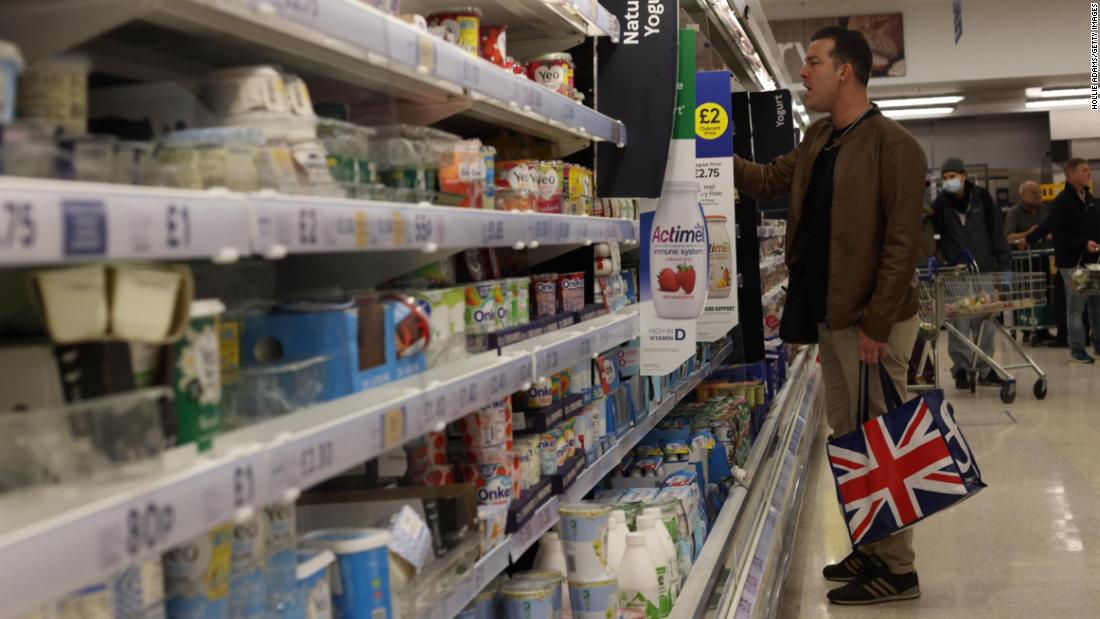 “I would not be shocked — let’s put it that way — if we see an inflation print close to or above 5% [in the months ahead],” Huw Pill told the Financial Times. “And that’s a very uncomfortable place for a central bank with an inflation target of 2% to be.”

Pill declined to reveal how he would vote at the Bank of England’s next meeting on November 4, but he said that the question of whether policymakers should hike interest rates from 0.1% is “live.” Central banks use interest rates to keep inflation low and stable.

Inflation has been running near 3% in the United Kingdom as the country’s economy bounces back from a steep contraction in 2020 caused by the coronavirus pandemic. But there are signs the recovery is faltering, even as inflation remains stubbornly high.

The latest worrying signal came Friday, when the Office for National Statistics said that retail sales volumes fell for a fifth consecutive month in September. That’s the longest streak of consecutive declines since records began in 1996. Non-retail spending was also weak.

Economists worry that the United Kingdom may be entering a period of “stagflation” characterized by weak economic growth and rising prices.

“The whiff of stagflation is greater in the UK than in most other economies and we now think temporary shortages will restrain GDP for longer and boost inflation by more than we previously thought,” Capital Economics analysts wrote this week.

“This won’t be anywhere near as severe or as persistent as in the 1970s,” the analysts said.

“But for the next six months, the worsening product and labor shortages will put the brakes on the economic recovery at the same time as higher energy prices drive up CPI inflation from 3.2% in August to a peak of around 5.0% in April next year,” they added.

The United Kingdom is facing severe labor shortages, including a shortfall of 100,000 truck drivers, and workers are demanding higher wages, contributing to inflation. Energy prices have risen sharply across Europe, and some businesses are passing along higher costs to consumers.

British consumer goods giant Unilever (UL) — which sells products around the world — said Thursday that it hiked prices by 4.1% in the quarter to September.

Governor Andrew Bailey said last weekend that the Bank of England would “have to act” in response to surging prices. He said he continues to “believe that higher inflation will be temporary,” but conceded it could last longer than previously thought as a result of energy price hikes.

A Russian Pipeline Changes Direction, and Energy Politics Come to the...

Moderna agrees to sell up to 110 million Covid vaccine doses...

Police Officer Sentenced to Life in Prison for Murder of Sarah...