Home News A gas station attendant is killed in Germany after telling a customer... 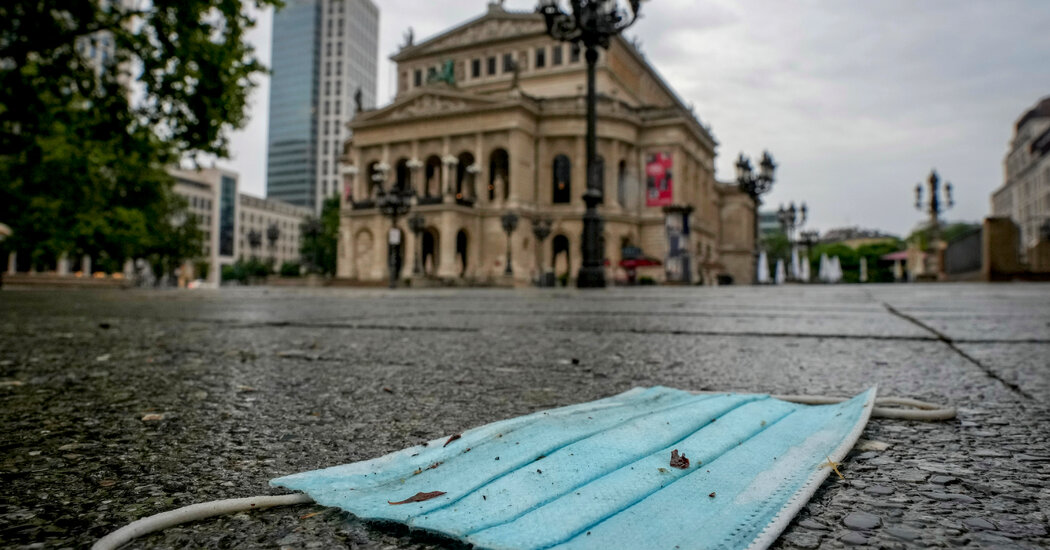 
BERLIN — A 20-year-old student working at a gas station in southwestern Germany was shot and killed after refusing to sell beer to an unmasked customer, the local prosecutor said.

When an unmasked 49-year-old man entered the gas station on Saturday night and placed two six-packs of beer on the counter in the town of Idar-Oberstein, near the French border, the cashier insisted that he wear a mask, said Kai Fuhrmann, the district attorney in charge of the case, in a telephone interview.

Masks have been mandatory in shops in Germany since shortly after the pandemic started.

The man then left the store only to return an hour later, still unmasked but with a gun — one not licensed under Germany’s strict weapons laws. When the clerk asked him a second time to put on a mask, Mr. Fuhrmann said, he killed him with a single shot to the head.

The authorities are withholding names of both the victim and the suspect in accordance with German privacy laws.

Although Germany has seen protests, sometimes including violence, over its mask and hygiene rules, this is believed to be the first death in the country directly linked to the restrictions.

The suspect, who has no previous police record, told the authorities that he saw the cashier as “responsible for the situation because he was enforcing the rules,” Mr. Fuhrmann said.

The police and district attorney’s office are now evaluation the suspect’s electronic devices to ascertain whether the killing was somehow planed. Mr. Fuhrmann said it would take several weeks to determine what charges might be brought.

Until then, the man remains in custody on suspicion of murder.

TV OT: The Emmys sounded the alarms for the award-show ratings...

See who won at the Tony Awards

For Families in Europe, U.S. Travel Ban’s End Is a New...

Rolling Stones pay tribute to Charlie Watts as they kick off...